>Are the RedHawks Soon to Swoon? 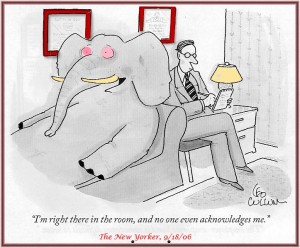 Swoon, noun:
1 a: a partial or total loss of consciousness b: a state of bewilderment or ecstasy

It may indeed be the elephant in the room, but with the second half of the season upon us, it’s a subject that is sure to be on the mind’s of the Miami faithful- the “Rico Swoon.”

For those who may be new to “The Brotherhood,” the Rico Swoon is a term used to refer to the historically dismal beginning to the second half of the hockey season. With the exception of just a few seasons, the team has had a middling to poor record at best.

A Look at the “Rico Swoon“ (through the first ten games, post-holiday break)

Take note of the early latter half record last season, after a first half start of 12-3-3. All five losses came in a row, two of which saw the RedHawks get swept in the Ohio Hockey Classic by Clarkson and Army, games that for a team of Miami’s caliber, should have been “locks.” The following weekend wasn’t much better, either. A trip to Ann Arbor left the Hawks reeling once more…another weekend sweep that found the Red & White outscored 9-1. The only bright spot to the early second half? A 6-1 Saturday night win that earned the team a weekend split with Michigan State in Oxford on January 17.

Which poses the age old question: What exactly is the cause of the slump? What say you?

Posted in The Rico Swoon

Miele’s two goals lead #1 Miami to 4-2 victory over Ohio State
Oxford, Ohio (Dec. 12, 2009) – On Friday in Columbus, #1 ranked Miami skated to an easy 6-0 win over in-state foe Ohio State. On Saturday, the Buckeyes were determined to make it much more difficult on their archrivals.

Andy Miele scored two goals during a four-goal third period lifting Miami to a 4-2 win over Ohio State. Miele’s first goal, a powerplay marker at 11:43 of the period forged a 2-2 tie. His second goal at 17:41 proved to be the game-winner as Miami rallied for the win.

The victory enabled the RedHawks to maintain their five-point cushion over second place Michigan State who finished off a two-game sweep of Bowling Green by winning 4-1. And, Miami retained their six-point lead over red hot Ferris State who also notched a weekend sweep downing Western Michigan 4-3.

Miami (13-2-5 overall, 10-1-3-1 CCHA) is now off until 2010 when they open the second half of the season with a non-conference home-and-home series against Robert Morris. The first game will be held in Pittsburgh’s Mellon Arena on Friday, January 8 as part of the Pittsburgh College Hockey Showcase. The Miami-RMU game will be the third of the day that will also see the Robert Morris women’s team take on UConn (2pm) and the RMU club team against Penn State (5pm). Miami and RMU will conclude the series in Oxford on Sunday, January 10 before the RedHawks hit the road for a difficult, and lengthy, four-game trip to Big Rapids, Mich. and Fairbanks, Alaska. The Big Rapids trip looks to be one of the season’s most important as Miami and Ferris State are separated by just six points in the standings. If Miami could sweep the Bulldogs, they will be in great position as the season winds down to finish among the top two in the CCHA. The following weekend, Miami travels to the great white north where they will face the University of Alaska in a grueling series against a Nanook team that always seems to play Miami tough.

For Ohio State (7-12-1, 5-8-1-1 CCHA), they have to put the first half of the season behind them and use the time over the holidays to regroup. With wins against top ten teams Denver and Bemidji State, the Buckeyes have shown an ability to play with the nation’s elite. However, Saturday’s loss after playing some of their best hockey for two periods has to be disappointing.

Unlike Friday, on Saturday night, the teams skated a fairly even, uneventful first period with both starting goaltenders seeing action – their first of the weekend as both coaches chose to start their alternate goalie. Buckeye starter, junior Dustin Carlson, was the busier of the two as he made 13 first period stops while Miami starter, sophomore Connor Knapp, made 8 saves in the scoreless first period.

However, the Buckeyes would breakthrough in the second period on junior Hunter Bishop’s fifth goal of the season that ended the RedHawks school record scoreless streak at 239:13. It was the first goal Miami had surrendered since the third period of a 5-5 tie at North Dakota on November 28. A new scoreless streak would not last long as Ohio State got a powerplay goal just over three minutes later. Sophomore Zac Dalpe took a long feed from defenseman Matt Bartkowski and skated in alone on Knapp making a nice left-to-right deke and as the Miami goaltender went down far too early, Dalpe patiently waited and easily fired the puck into the top corner for his team-leading 10th goal of the year.

As the second period came to a close, the teams came together resulting in six minor penalties, but the scrum seemed to wake the RedHawks who came out flying in the third.

Miami got within one goal when freshman defenseman Steve Spinell picked off an errant clearing attempt and displayed some nice hands skating from the left point between the circles firing a wrister that Carlson stopped. But, Spinell stayed with his shot and picked up the rebound backhanding it through traffic just inside the far post for his first collegiate goal. Miele would then score twice to put the RedHawks up for good and senior Jarod Palmer added his 7th goal, an empty net tally at 19:33 to finish it.

“I thought we played well, but it was a race to three and they beat us there,” said Markell. “We had a couple of chances to make it three and that would have secured the game. I saw a lot of good things tonight from our team, and I like the way we responded to Friday night’s game.” (USCHO)

The Buckeyes resume play on January 8 when they host Bowling Green in a CCHA series at Value City Arena. They finish the first half of the season in 9th place, but just one point out of sixth where there is a three-way tie between Notre Dame, Nebraska-Omaha and Northern Michigan.

Columbus, Ohio (Dec. 11, 2009) – With all due respect to Red Bull, maybe their tagline should be revised. Junior captain Tommy Wingels netted #1 Miami’s first four goals including three on the powerplay as the RedHawks cruised past Ohio State 6-0.

Wingels, who entered the game with six goals on the season, also added an assist for a final line of 4-1-5 enabling him to assume the team lead in goals (10) and forge a tie with junior forward Carter Camper for team points supremacy (18). It was Wingels first four-goal game of his college career and he couldn’t remember a time in recent history that he’d had a similar performance.

“It hasn’t happened in a while, maybe not since the squirt leagues,” Wingels said. “We’re all happy to come out with the win, no matter who scores. Our goal was just to finish with three more (CCHA) points for the team tonight.” (Ohio State Buckeyes)

Three other RedHawks enjoyed three point evenings as Camper (0-3-3), junior forward Pat Cannone (1-2-3) and freshman forward Curtis McKenzie (0-3-3) helped set up Wingels and senior Jarod Palmer who scored the sixth and final goal of the night for Miami at 15:49 of the third period.

Lost among the offensive fireworks was the solid defensive job Miami was doing in holding the Buckeyes to just 17 shots on goal. The team effort enabled sophomore goaltender Cody Reichard to notch his second consecutive shutout and lower his nation’s best goals-against average to 1.34 as he improved to 10-1-2 on the season. Miami has not allowed a goal since November 28 as they have recorded shutout victories in their last three games. In fact, the scoreless streak has now reached 202:14 minutes which is a school record.

For the Buckeyes, the loss had to be disheartening as head coach John Markell thought he was settling in on a starting goaltender in sophomore Cal Heeter that he could ride during the second half of the season. Heeter came into Friday’s game with a 2.75 GAA and 91.4 save percentage. However, the native of St. Louis, Missouri was average at best surrendering all six Miami goals and perhaps had a case of the jitters. With the performance, Heeter earned himself a spot on the bench for tonight’s series finale in Oxford. Junior goaltender Dustin Carlson will apparently return to the Buckeye crease to face the always creative Miami student section in Steve Cady Arena.

“(Heeter) is not too happy with himself,” Markell said. “I thought he had some freshman moments there… He made some saves in the second period just couldn’t sustain it.” (USCHO)

With the win, Miami improved to 12-2-5 on the season and 9-1-3-1 (31 points) in the CCHA. Miami will need to continue to win as both Michigan State (26 points) and red hot Ferris State (25 points, two games in-hand) continued to post league W’s and are in the RedHawks rear view mirror for the top spot in the conference.

Ohio State will be looking for a better effort in tonight’s rematch in Oxford as they saw their record drop to 7-11-1 overall and 5-7-1-1 in the league. The Buckeyes’ 17 points is good enough for 8th place and the final home ice slot if the CCHA playoffs began today.

#1 Miami and Ohio State renew their rivalry this weekend

Miami and Ohio State will tangle in a weekend home-and-home with the opener in Columbus on Friday at 7pm. The Big Ten Network will stream this game live on its website. Saturday’s rematch will be held in Oxford also at 7pm and will be televised live around the great state of Ohio on ONN.

Last Weekend
Miami and Ohio State went a combined 3-1 last weekend with Miami getting the home weekend sweep (and shutout) of then #14 Notre Dame 1-0 and 4-0. Ohio State split a home series with Michigan winning 5-3 on Friday and dropping the finale 2-1 on Saturday night.

Keys to the Weekend
These two teams do not have a lot of love for each other. For Ohio State to have an opportunity to steal a game this weekend, they need to play physical without taking dumb penalties. To date, they have been unable to do that. They also need John Albert and Kyle Reed to do what they do best against Miami and that is to score goals. Reed has 4-6-10 and Albert 3-6-9 against Miami with Reed netting his only career hat trick in a game last February in Oxford. Ohio State also needs much better defensive zone coverage and goaltending than they have gotten this season. With Cal Heeter now, apparently, assuming the starting goaltending role, this could be an area of improvement for Ohio State. For Miami, well, they simply need to do what they have been doing for the past nine months. Play sound, structured defense and use their size and speed to create mismatches and opportunities to put the puck in the net. Miami looked like a legitimate national title contender last weekend against Notre Dame. They were all over the Irish for the better part of both games and surrendered just 42 shots against over the two games. With scoring coming from all four lines and the defense, Miami is incredibly difficult to defend. If they maintain their balance and poise this weekend, they should emerge with two victories.

Extracurriculars
Last night was a big night for former Miamians in the pros.