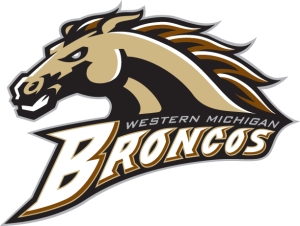 After officially extending invitations to the schools on Wednesday, the NCHC became a reality for the Western Michigan Broncos and St. Cloud State Huskies on Thursday.  This brings the total schools welcomed into the NCHC up to 8, and gives Miami a conference rival of sorts in Western Michigan, having spent the last 31 years in the CCHA together (WMU has been in the CCHA since the 1975-76 season and Miami joined for the 1980-81 campaign).

As far as these two teams go, Miami has a slight 51-49-9 edge all time against Western Michigan, and a solid 7-1-1 record against the Huskies.