← BB hired as the next AD at BC
McKay, #8 Miami blank Colgate in Season Opener → 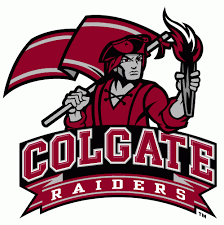 Yes, tonight the #8 Miami RedHawks kick off their 2012-13 season hosting the Colgate Raiders of the ECAC in non-conference action. And, boy will we see some unfamiliar faces suiting up for the red and white as 11 freshmen don the opening night roster for Miami along with senior transfer Marc Hagel (Princeton). Most notably, will be the difference in net where for the first time since the 2007-08, someone other than Cody Reichard or Connor Knapp will man the Miami goal as freshmen Ryan McKay and Jay Williams inherit the crease from the highly decorated outgoing pair.

Up front, Miami moves on after the graduation of grinding leaders like Trent Vogelhuber and Alden Hirschfeld and the early departures of Reilly Smith and Tyler Biggs. However, the RedHawks welcome highly skilled forwards Riley Barber and Sean Kuraly to a lineup featuring returning stars Jimmy Mullin, Blake Coleman and Austin Czarnik.

If there was another team in the nation that can relate to the changes that Miami is enduring to its roster, it is Colgate.

The Raiders watched as Hobey Baker Finalist Austin Smith left campus after four outstanding years in Hamilton, N.Y. where he led the nation last season in goals (36) and finished with 57 points. In addition, linemate and sophomore Chris Wagner (17-34-51) also left early for the pros meaning that overall, Colgate loses 78 of 121 goals scored (65%) from just a year ago. However, the Raiders are particularly strong defensively and return junior netminder Eric Mihalik (Avon Lake, Ohio) who was 14-12-2 with a 2.88 GAA and .898 save percentage. Twenty-year veteran head coach, Don Vaughan, said of Mihalik, “Our strength is going to be on the back end. We have a lot of experience and a goalie [junior Eric Mihalik] who has proven he can win the big games. I’m excited, looking forward to get going.” source: USCHO.com

So, the real question for Colgate is, who will score?

Well, they began to craft an answer as the Raiders thoroughly thrashed Niagara 10-2 on Tuesday night. In doing so, the Raiders scored the most goals in a game in 14 years as seniors Kurtis Bartliff, Billy Rivellini and Robbie Bourdon scored two goals apiece and Mihalik made 18 saves en route to the blowout victory in front of 735 strong at Starr Hockey Rink in Hamilton.

This season Colgate is expected to be led by sophomore forward Joe Wilson (10-13-23) who played alongside Smith and Wagner and senior defenseman Jeremy Price. But, if others like Bartliff, Rivellini and Bourdon can contribute and Mihalik is solid in net, the Raiders could have a surprising year as they have been picked to finish in the bottom half of the surprisingly competitive ECAC standings.

In terms of this weekend, I’m calling a split here with Colgate winning tonight 2-1 and Miami returning the favor 4-2 tomorrow night in Oxford. Last season the teams split a pair of games in Hamilton after Miami blew a lead and lost the game in overtime on Saturday night or they would have swept the Raiders on their home ice.

For Miami, it will be interesting to see how quickly all the new names and faces mesh. There is a ton of talent on this team, but they are young and inexperienced. This will be a good non-conference test against another young, fast team. Overall, this should be a fun and exciting season of Miami hockey.

← BB hired as the next AD at BC
McKay, #8 Miami blank Colgate in Season Opener →