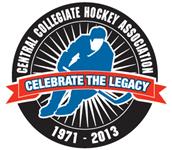 It is becoming “old hat” to see RedHawks taking player of the week or month honors (think Reilly Smith – 3 POTM awards in 2011-12, Andy Miele twice and Carter Camper once in 2010-11, Czarnik as rookie of the month last season, and Cody Reichard AND Connor Knapp were each Goalie of the month winners last year). This afternoon, we continue that trend as the CCHA has announced that 2 young RedHawks have earned awards in October.

Riley Barber, sporting a 5 game point streak with 4 goals and 4 assists earned the Gongshow Rookie of the Month award. Barber is tied for the league lead in scoring through 3 weekends, and has been the leader of the RedHawks 11 freshman – 10 of which have seen ice time already in this young season. Seeing as though this is his first month in the CCHA, it’s also his first monthly CCHA honor – not a bad start for the youngster. Barber was also named CCHA Rookie of the week for the week of October 22nd.

In addition to Barber’s honor, Austin Czarnik earned the CCHA Player of the Month award for his outstanding play in October. “Z” has also tallied 8 points on the season, with 3 goals to go along with his league leading 5 assists. His three goals are of three different varieties, having scored one even strength goal, a power play goal and a short-handed goal thus far. The Sophomore didn’t earn any player of the week honors for the month, but was clearly the RedHawks leader on the ice, looking very Andy Miele-like all month.

Our Congrats go out to Riley and Austin!