← The Penalty Box: 2 Minutes with Scott Hicks
Miami Cruises through Pool Play, will Play for All the Marbles → 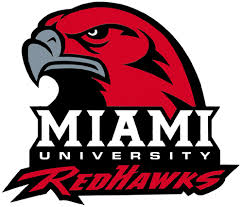 On the strength of two one-goal victories, the cellar dwellers of the regular season, the Miami RedHawks have rediscovered their mojo and are moving on to compete in the first NCHC Frozen Faceoff in Minneapolis next weekend.

We’ll have more later, but what you need to know is Miami will be joined by former CCHA and MAC mate Western Michigan and Jim Montgomery’s Pioneers of the University of Denver. Each of those schools was the underdog going into the weekend. With North Dakota and Colorado College heading to a decisive third game tomorrow night, it is conceivable that all four lower seeds could advance.

← The Penalty Box: 2 Minutes with Scott Hicks
Miami Cruises through Pool Play, will Play for All the Marbles →