Joining the Blog of Brotherhood team 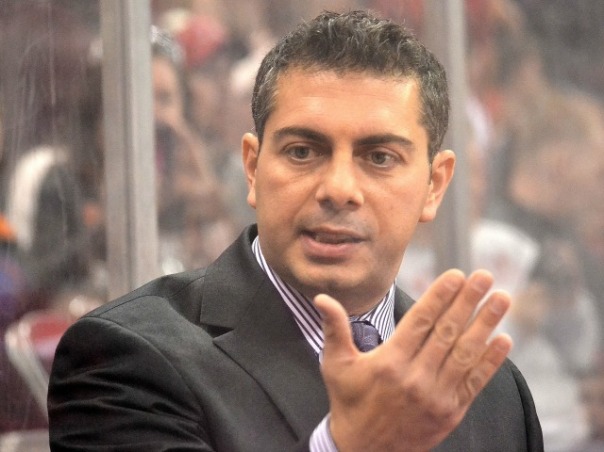 Redhawk95 and Miamibeef04 have graciously invited me to write for this site starting this off-season, and I just wanted to make a short post to express my gratitude and introduce myself.

I’ve been a writer for Scripps-Howard for the past 18 years, first with The Cincinnati Post and Kentucky Post and after those publications folded, I stayed on with Scripps-owned WCPO.com, and I also write for the Northern Kentucky Tribune, GetSportsInfo.com – which covers Cincinnati college and pro sports plus fantasy football and baseball – and Tristatefootball.com.

I’ve also been a Miami season ticket holder since 2006, and have missed just three games since Cady Arena opened – two to get married and one for my grandmother’s funeral.

I started writing about Miami hockey for Trent Rosecrans’ site in 2009, and after he moved on to The Enquirer, I starting writing the RedHawkey blog for WCPO and have done so for the past five seasons.

Last March the editor of WCPO.com informed me he is going to remove my blog from its site even though I’ve written hundreds of pieces pro bono over the past five years, generating tens of thousands of hits.

Coming from that situation to this one, the prospect of writing for The Blog of Brotherhood is exciting. I look forward to joining two passionate Miami fans as we make this the best source for RedHawks hockey coverage on the ‘net.

I also hope to continue providing game analysis and writing player features like I did for RedHawkey.

Check back in the next few weeks as we bring you exclusive off-season interviews and roster analysis as we prepare for the 2015-16 season!