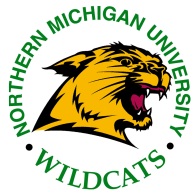 Coming off a lull in the schedule that has seen the RedHawks play just two games since mid-December, a 1-0 victory over duhOSU and a 1-0 loss in the championship game of the Three Rivers Classic to surging Robert Morris (who always beats us anyway), Miami returns to CCHA action this weekend at the Berry Events Center in Marquette, Mich. as the Northern Michigan Wildcats and Miami RedHawks play their final CCHA regular season series. Frankly, it’s likely the last time in a while that Miami visits them in the U.P. with conference realignment coming next year.

Earlier this season the teams faced each other in Oxford in November with Miami (12-4-4, 8-3-3-3 T1st CCHA) earning a 5-2 win and a shootout victory following a 2-2 tie to take five league points on the weekend.

Goal scoring has been a major issue for Miami over the past few weeks as they have netted just eight goals over their past six games. The last two games were without both Barber and Kuraly, who were in Russia with Team USA, but one goal against lesser competition such as duhOSU and Robert Morris is unacceptable. Blake Coleman, Jimmy Mullin, Bryon Paulazzo and others must step up their game to take pressure off first-liners and leading scorers Austin Czarnik and Riley Barber. They cannot do this alone.

For last place Northern Michigan (8-10-3, 2-9-3-1 11th CCHA), things may have turned a bit last week as they went on the road to St. Cloud and swept the WCHA’s second place team 6-2, 2-1 in their building. As a result, three Wildcats were named CCHA players of the week for their efforts though most of the league was idle.

Overall, Miami is just 21-34-4 against Northern Michigan with head coach Enrico Blasi a pedestrian 18-19-2 but Rico is going for a milestone this weekend. Should the RedHawks sweep the Wildcats, Miami’s head man will collect his 299th and 300th victories and keep pace with Notre Dame in the CCHA.