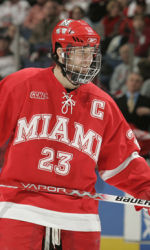 Thanks again laxmom for this…from the Star-Ledger about Andy Greene:

Anyway, the gist is this: There were no changes in Sutter’s groupings from Tuesday, meaning all four lines remain the same, and Andy Greene is still expected to make his season debut Thursday night in Atlanta, replacing Anssi Salmela.

What does Sutter expect from Greene?

“Just come in and be a steady player,” the coach said. “Play with some intensity and emotion and be steady.”

Sutter said Greene’s skating is better than it was last year and made sure to add that “We’re not disappointed in (Greene) at all. Salmela had a great training camp and deserved to be in our top six. That’s nothing against Greene or (Sheldon Brookbank).”